Love ye therefore the stranger: for ye were strangers in the land of Egypt.~Deuteronomy 10:19

For I was hungered and ye gave me meat: I was thirsty, and ye gave me drink: I was a stranger, and ye took me in.~Matthew 25:35
Posted by WPGrogan.blogspot.com at 8:33 AM No comments:

Always do right. This will gratify some people and astonish the rest.~Mark Twain

Patience is something you admire in the driver behind you, but not in the one ahead.~Bill McGlashen

We've all heard that a million monkey's banging on a million typewriters will eventually produce the entire works of Shakespeare. Now, thanks to the Internet, we know this is not true. ~Robert Wilensky

The trouble with being punctual is that nobodies around to appreciate it.~Franklin P. Jones

I intend to live forever. So far, so good.~Steven Wright

The only reason some people get lost in thought is because its unfamiliar territory.~Paul Fix

To err is human. To blame it on somebody else shows management potential.~Anonymous

Some cause happiness wherever they go; others, whenever they go.~Oscar Wilde

There is nothing so annoying as to have two people go right on talking when you're interrupting them.~Mark Twain

I love deadlines. I like the whooshing sound they make as they fly by.~Douglas Adams

Always use love, all ways.~MSIA
Posted by WPGrogan.blogspot.com at 5:47 PM No comments:

Karen Armstrong and Richard Dawkins square off in this article from the Wall Street Journal. To appreciate the poem that follows, I ask that you read the link.

As He powered through the endless abyss
He knew that some thing was amiss
So on the down stroke, with all His might
The Eternal Bird created light

Distinction was made, day from night
Yet as He continued with purposeful flight
A sense prevailed that, by and by
A Bird is useless without a sky

So it was and continues to be
He unleashed a torrent, the frothing sea
Then it was, with celestial mirth
He labeled His project, "planet earth"

Hard to believe He'd make a wish
Simply to create a fish
Yet it was done, don't ask me why
I have trouble deciphering Pi

The Eternal Bird, mysterious indeed
Using pisces as the human seed
Quite a strategy you've got to admit
And hindsight tells you that it all fits

The grand design of a Master mind
Who's love runs deep for all mankind
So much so, that when it was done
The Eternal Bird, He sent His son

~WPG
Posted by WPGrogan.blogspot.com at 12:14 AM No comments:

We, in the Northern Hemisphere, might be in for some thing rare.

A story told in pictures... 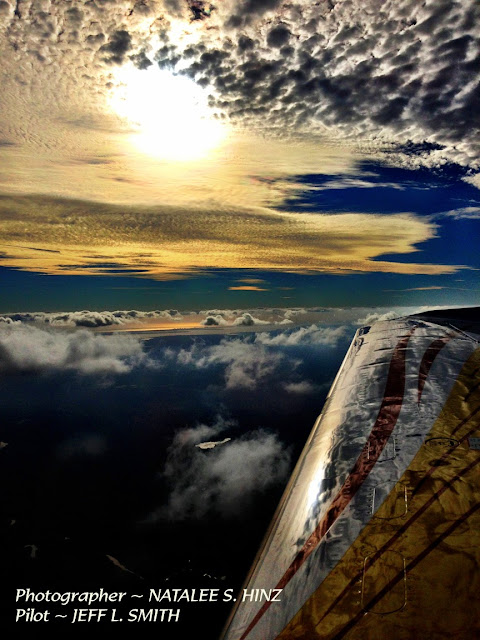 Posted by WPGrogan.blogspot.com at 9:01 AM No comments: